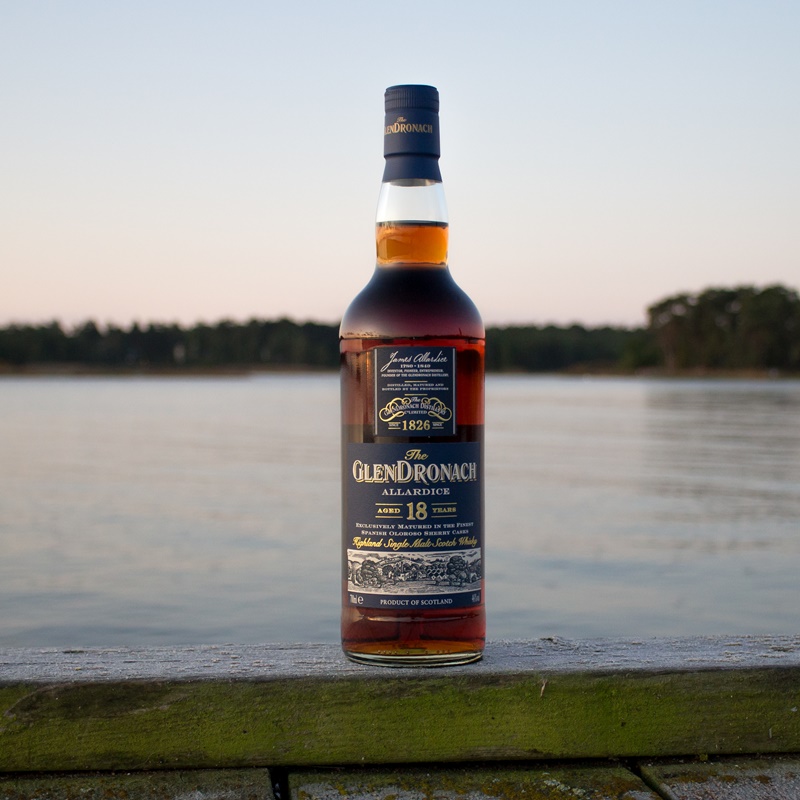 I've found the Glendronach 12 to be a competent and enjoyable sherry-style Scotch, the 15 to be a disappointment (nice nose that doesn't translate to the palate), but this 18 has been an eye-opener. This is a 2019 bottling so it's apparently actually 24 years+ in age.
Very darkly sherried / brown.

This is a real sherry bomb, and very sweet on the nose, although I will say it lacks complexity compared to some other 18 year-olds like Arran 18 or Bunnahabhani 18. The nose is caramelized apples, toffee, milk chocolate, cognac, sherry, raisins, plums. There is a slight bit of spice: mulled wine (cinnamon, cloves, red wine, tannin, port wine, apple cider), but the spice is a bit hidden.

A nice finish of decent length, if not complex.
The first night I opened this, I fell in love with it and drank far too much (about 4 drams). This is really easy to enjoy. I also instantly went out and bought two more bottles -- partially because I'm concerned about what happens in 2020 bottling when it reverts back to a "true" 18yo. However, in subsequent tastings, especially blind tastings, I've found that it is indeed lacking in complexity. In a blind tasting with Arran 18 and Bunnahabhain 18, the other two clearly had more complexity and interest on the nose and palate (with Bunna winning and Arran coming in second). I therefore lowered the Glendronach 18 from an initial score of 90 to 87. It is still clearly in the "great" category and I do love it, but I can't say it's the best in its category. I will say that it's a huge step up from the 12 and 15.