A Bomb with Balance 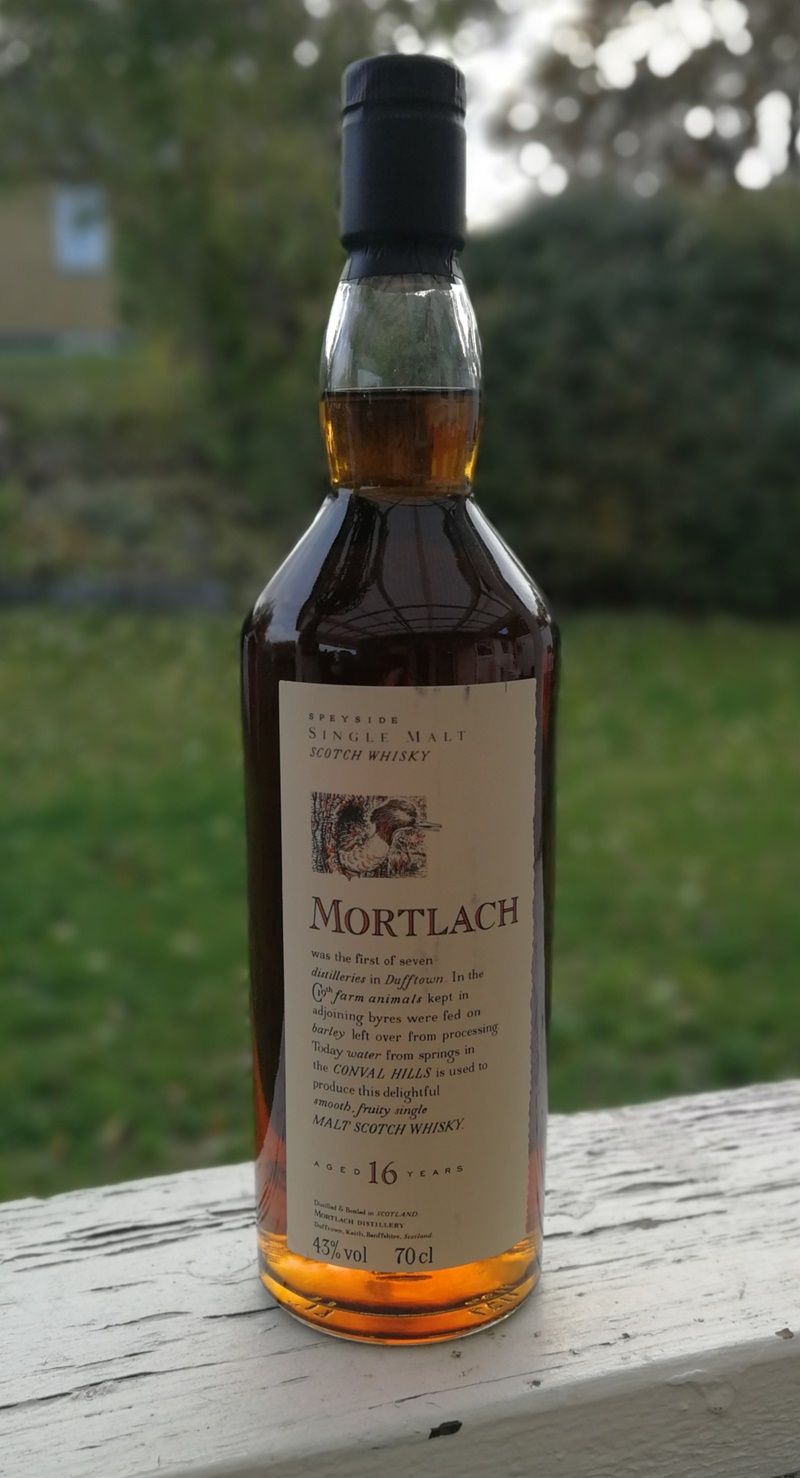 This is the old 16 year old distillery bottling - part of the "Flora & Fauna" series and generally a highly regarded whisky. This dark beast of a dram is sadly discontinued nowadays, and the price for a bottle has of course been soaring. Mortlach (relatively) recently came out with a new range, including a new 16 year old that's supposed to be pretty close to this one. That will be a review for another day.
1.4 (Tawny)

As one could at least reasonably expect from a dark sherry dram - a handful of raisins. A warm bowl of mashed raisins and marmalade. Not quite as overwhelming and one-sided as other sherry monsters, there is also plenty of oranges, honey and toffee to be found. Bit of toasted bread as well. Round and satisfying.

Considerably more citrus and oakiness than the nose. Almost like a classic bourbon finished whisky at first, before it shows its true colors again and reveals more dark and dried fruits, cocoa and some vanilla. A bit winey, and overall a hint of spice. Mouthfeel is on the dry side.

Overall similar to the palate taste-wise. Medium length with a lingering dryness, perhaps a tinge of licorice added to the mix. Leaves you wanting more.
Well, I can just say that I agree with the general public. A superbly executed, quite complex and delicious sherry feast without much to complain about. Nothing too surprising in it either - it does what it is supposed to do and does it well. Very well indeed. Unfortunately, it stopped being affordable quite some time ago, and I find it hard to justify the current price point even for a great whisky like this.